IMPORTANT: READ THE LIMITATIONS.
Credits to sysigy for large amounts of backend logic: check out his script here.

This script is a rebuild of Graphical Radar Script Mark II by alex-thatradarguy. It uses sensors and cameras on a rotor to detect targets - up to all four directions - and outputs them to any available radar displays.

The original script used a remote control's GetFreeDestination(), a function which was removed some time ago. This was the main reason it broke.

All of the features of the original, and more!

Detectors
Sensor support - One sensor per direction is supported.
Camera support - Can support an infinite amount of cameras per direction! This allows for less delay between scans, and thus higher detail at range - at the cost of high overhead.

Automated configuration - The script automatically detects and sets up everything necessary except for what sensors pick up.
It is possible to have only a sensor in one direction, and only a camera in another.

Excessive amounts of any:
- LCDs
- LCD resolution
- Cameras
- Things in the general area
can cause the game to freeze - especially in combination. Use with caution.
(if anyone can tell me a way to fix this that would be appreciated ^_^)

Cameras use raycasts - i.e. will return the first thing directly in front if it. This means the camera array will only detect things in a flat-ish (dependent on the shape of the array) circle. It also means if any parts of the ship are on that circle, that's what the camera will see.

The multi-screen mode runs at 2x normal resolution. This may cause problems at high resolutions.


Rotor Setup
- Place rotor with name tag [Radar - Rotor].
- Place something to mount the sensors/cameras on the rotor.
If the rotor is upside-down relative to the display, change the appropriate variable in the script.

Detector Setup
- On rotor, place sensors with any name tag:

At most one for each direction.
- On rotor, place cameras with any name tag:

No limit for any direction apart from what your computer can take.
At 0 degrees, Front is up on any radar display, and the other directions at 90 degree increments. 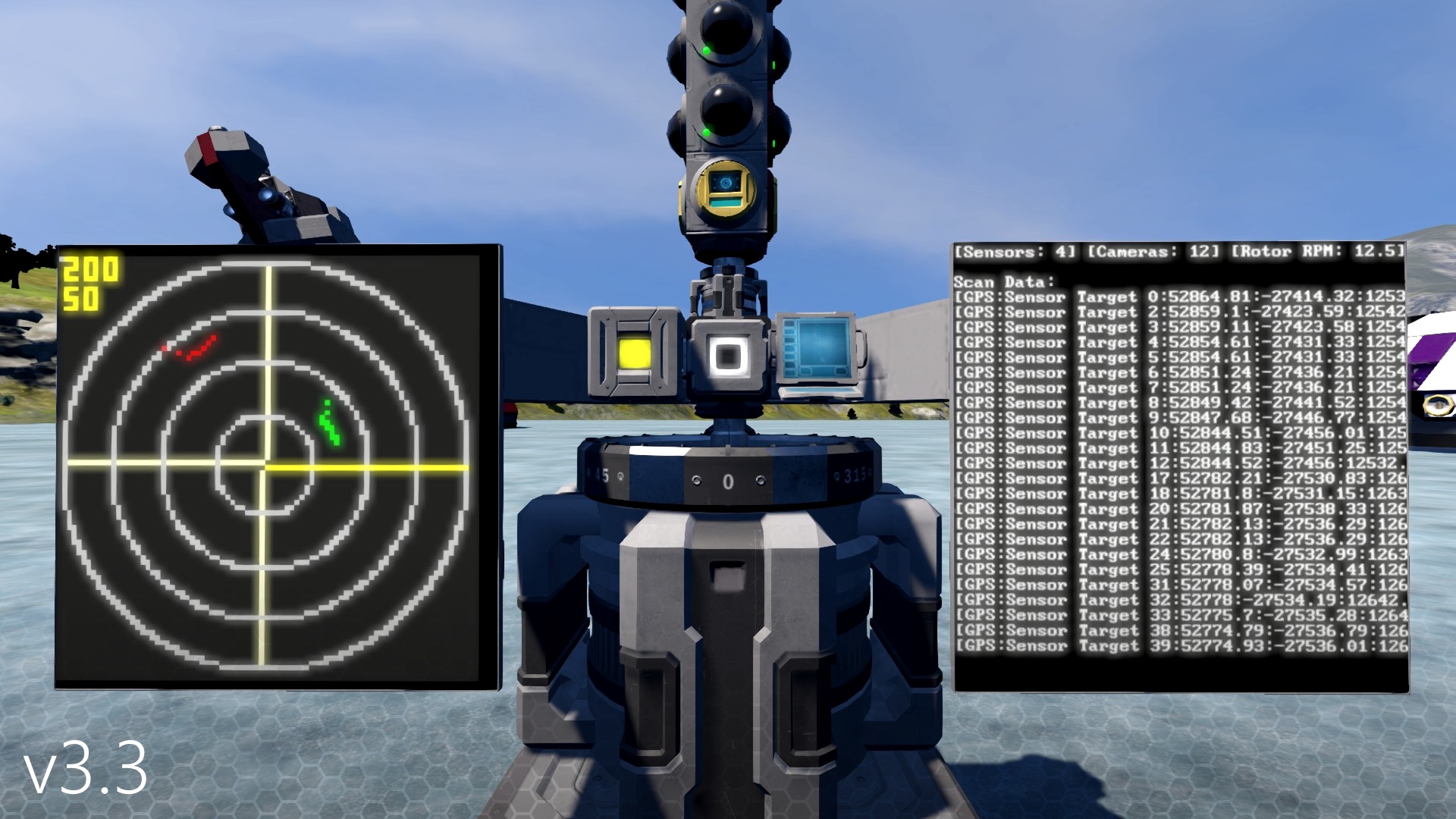